A national scientific research agency recently entrusted AV Workshop with the job of digitally preserving over a hundred hours of local ocean exploration MiniDV tapes. The research organization not only wanted to archive and retain this material for the future, but they also wanted the maximum possible quality so they could examine the Northern California seafloor. AV Workshop’s Video to mp4 File Transfer with HD Upres was the perfect answer. Optimum quality and resolution of these tapes was essential – as the organization hopes to utilize them to further observe and analyze marine life at the ocean’s depths.

Since there are several types of DV Tapes with various recording speeds, etc… AV meticulously examines each and every video tape while converting to digital. We verify that each video transfer looks crisp and sounds clear. For example, if you try to capture a MiniDV that was recorded in the LP mode from a Pro Sony DVCAM Deck, it will have video dropout and the audio will be disrupted. MiniDVs can get tricky and there are quite a few things to look out for when carrying out a Video to Digital conversion – even if the tapes are Digital (MiniDV).

3) Video Editing
We trim the beginning and end of every video – removing unwanted dead air and TV Snow. Therefore, you only see the recorded portion of your video tapes.

MiniDV tapes were originally meant to be watched on old tube TVs – meaning they were Standard Definition 720x480i (interlaced 30fps). Interlaced video refers to each frame having two fields (odd and even) that blend through each other. While this was the necessary format for older TVs, we no longer use interlaced screens. Therefore, AV increased the video resolution to 1280×720, which allowed each field to become a frame. As a result, the new mp4 files became 60p which produced seamless motion and crisp, clean detail! In addition, 720 60p is a standard HD format that will play everywhere including Smart TVs, Windows, and MAC computers – and can be uploaded and played at 720 60p in Youtube, Facebook, Instagram, etc… 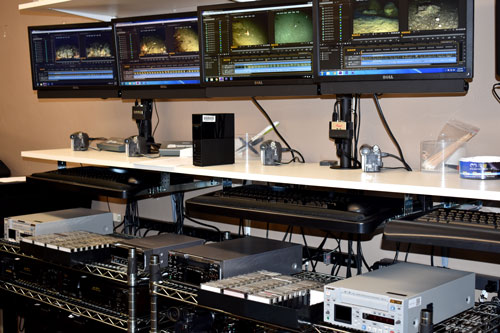 5) Labeling / Organization / USB Device
Every MiniDV tape became a separate mp4 file and was labeled by number. As a result, the videos are now in order by date / number and all reside on 1 USB Flash Drive. The USB Flash Drive can be plugged into pretty much anything that has a USB port and a screen including a Smart TV, Windows, or MAC Computer. The video files appear like a Netflix menu and can be edited, shared or played! 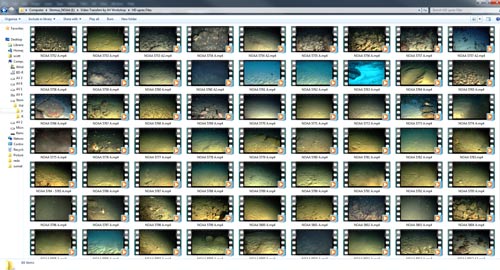 Do you have Videotapes you would like Converted to Digital mp4 files?

Check out our Convert Tapes to MP4 Files page for options and pricing.