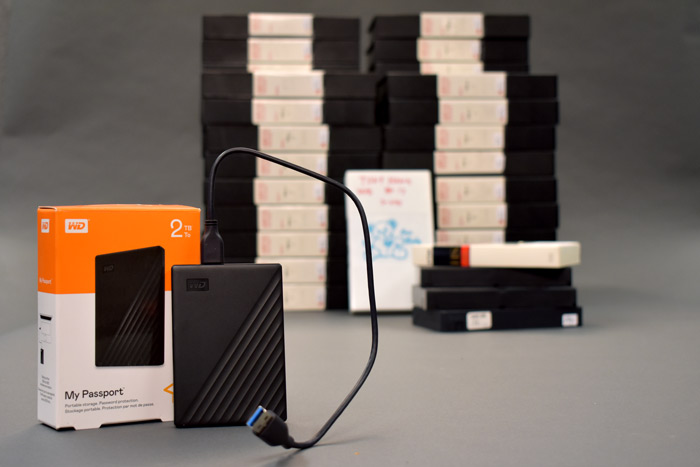 AV recently transferred a Santa Cruz skateboard distribution company’s collection of videotapes and film to HD mp4 Files. These archives documented some of the most well-known skateboarding communities in Santa Cruz during the late 1980’s and early 1990’s. The videotapes AV received were 3/4″ U-matic tapes and S-VHS masters – making this video transfer job a little more unique. U-matic tapes are one of the more rare analog formats to come across since they were mainly used during the 1980’s for edit masters in the broadcast industry. Fortunately, AV has all the top quality equipment needed to digitize treasured film and video collections! Since the skateboard company wanted to preserve their film and tapes at the best possible quality as well as make their movies editable, AV’s HD Film Transfer and Video to mp4 with HD Upres services were the perfect solutions.

For the VHS tapes, AV used our high quality JVC S-VHS decks. These VCRs contain a built in TBC Stabilizer which helps reduce unstable video and create a more solid picture. To transfer the U-matic tapes, AV used our industry grade 3/4″ U-matic decks to capture the footage straight into our editing software. AV only uses each tape one time as a playback source. AV also provides routine cleaning and maintenance to the heads of the decks to make sure the images and audio are crisp and clear.

AV captured both the left and right audio channels and raised the gain to approx -6db. We then applied noise reduction to enhance the audio!

AV trimmed the tip and tail of every video to remove unwanted dead air and/or TV Snow. Thus, the digital files will only be the recorded portion of the tapes.

For output, AV used the H.264 Codec (the maximum bitrate) and enhanced the resolution to 1280 x 720. This made the new mp4 files 60p! 60p makes a big difference in the appearance of videotapes because it modifies the interlaced even and odd fields to become 60 full frames per second. This smooths out the motion of the videos and helps maintain a sharp picture without any jagged edges. Now, the new HD 720 60p mp4 files can be uploaded, shared, and played almost anywhere (MAC, Windows, Smart TVs).

Each tape became a separate mp4 file. AV labeled each of the files by number and transferred them onto a single Hard Drive.

Watch a preview of this U-matic Tape Transfer to HD mp4 File below! 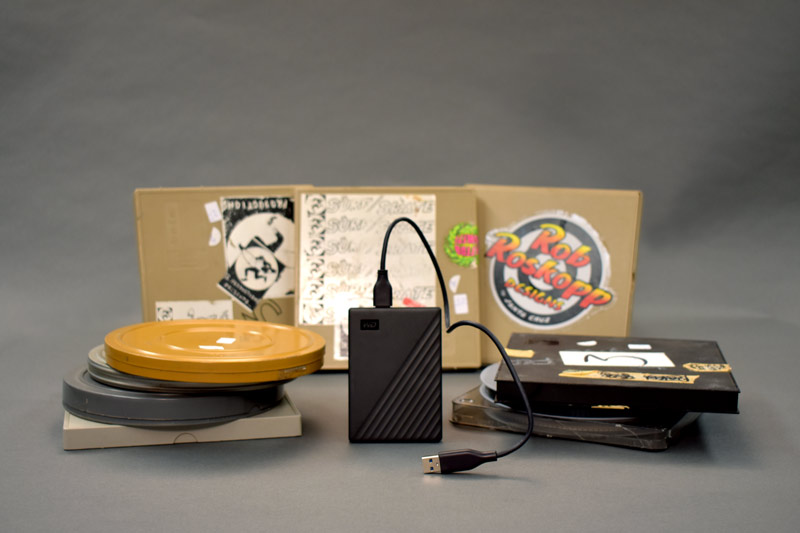 AV began by organizing the reels in the specified order. We then analyzed the film for any necessary repairs such as adding new leader or fixing broken splices. Once this process was complete, we cleaned the film with an anti-static solvent to get rid of any bacteria, dirt, dust, and other contaminants. This procedure helps your film look its best and run smoothly during scanning.

Next, we scanned each reel with our professional grade equipment. AV transfers all film in-house with our RetroScan Universal 2K Mach 1 Film Scanners. Each and every frame is scanned at 2048 x 1536 – approx 3K resolution! These scanners also contain an enlarged gate which means we can access 100% of the film frame. The cool and bright led light allows the colors to appear rich and vibrant with no risk of burning the film!

Once we finished scanning the film, we created HD movie files at the proper frame rate. While you’ll often find that 8mm films are 16fps and Super 8 are 18fps, you never know until you double check the motion in the reels. AV is able to export any frame rate from 8fps to 30fps. Once the frame rates are correct, we import the files into Adobe Premiere Pro and digitally attach the reels in order. If a customer selects our Enhanced Film Transfer service, we adjust saturation, shadow detail, color balance, and brightness / contrast scene by scene. If the reels have sound we scan it separately, sync it up in Adobe Premiere, and apply level optimization and noise reduction.

Lastly, we output each file. AV exports all films in High Definition (1920 x 1080p, 50 mb/s) and sorts them onto a flash drive. Every file is labeled by name and reel number so they’re easy to maneuver! The newly digitized films can now be played, shared, and uploaded just about anywhere including MAC, PC, Smart TVs, etc… The files can also be edited in most editing software including Adobe Premiere Pro, Final Cut Pro, Sony Vegas, Windows Movie Maker, etc…

View a clip of this HD Film Transfer below!

Tapes and film don’t last forever and will start to break down over time so its good to know some of the common signs to look out for. If your home movies degrade too much, it could render them completely nontransferable. Thus, if you’re noticing any of the following symptoms its best to have your memories transferred sooner rather than later!

You are often able to tell if film is degrading by the smell. If there is a vinegar scent, it means the film base has started breaking down. This phenomenon is known as vinegar syndrome. Vinegar syndrome can cause numerous problems during transfer including curling, brittleness, warping, loss of detail, and desaturation. It can ultimately make film impossible to transfer if it gets too bad. Another common sign of deterioration is snowflake syndrome. Snowflake syndrome occurs from mold and is most commonly found on film that has been exposed to heat and humidity. The mold will appear as snowflakes on the image of the film. Often, AV can remove the mold with proper cleaning but occasionally there are mold spores that cannot be removed and will be visible on the film.

If you notice a high pitched screeching sound when trying to play your tapes, it’s possible they have sticky-shed syndrome. Sticky-shed syndrome happens when the binders on the magnetic tape start to deteriorate. Once these binders begin to degrade, the tape sticks to itself which prevents playback.

Do you have Film or Videotapes you would like Converted to Digital Files?

Check out our Film Transfer and Video Transfer pages for options and pricing.